8- How to value your business

If you are seeking investment or trying to raise equity, you and the investors you are approaching will need to know the value of your business. There are several methods to use to arrive at a valuation for your business, each of which offers its own advantages and disadvantages, depending on your business type, the stage it is at, and the model it employs. Valuations you arrive at with investors, while based on projections and forecasts, will also depend to a great deal on the results of negotiations and the rationale that is made for those projections and forecasts in the first place. Entrepreneurs who know the value of their business and are skilled negotiators are more likely to arrive at more optimal figures than those who are not. Entrepreneurs at advanced stages of their negotiations with investors should rely on expert financial advisory to arrive at a credible valuation of their business. Startups that are still at the pre-revenue stage are difficult to valuate; investors at this stage, most of whom are likely to be angel investors, incubators and/or accelerators, therefore usually invest according to a set standard for accepted applicants, providing entrepreneurs with a fixed cash sum and support services in exchange for ownership stakes that range between 5 – 10 percent of the startup.

The difficulty with accurately estimating the value of your business is that companies are valued based on their potential, as opposed to their ownership of assets or their current revenue generation, both of which are likely to be minimal.

The Discounted Cash Flow (DCF) model is therefore the most appropriate for pre-revenue companies, as it values a company based on the estimated future cash flows (through financial projections) and discounts them to the present. The DCF model relies on the assumption that the present value of money is worth more today than in the future, and that a startup’s earnings in the future are worth less than at present.

The discount rate depends on a number of variables, including inflation and risk, and is likely to vary from investor to investor and from company to company.

The Multiple model values companies based on the acquisition price of similar companies and prices the value of your company according to its current multiple relative to the acquired company. For instance, if a company similar to yours sold in the market had sales of JOD 1m and was sold for JOD 5m, its value to sales multiple is 5. Taking the same multiple, if your company is generating JOD 2m, it should sell for JOD 10m.

While this approach is perceived to be fair, as it is based to a great extent on actual acquisitions in the market, there are two main drawbacks: (a) acquisitions of similar companies in the market can be few and far between to be representative, and (b) if you are pre-revenue, the multiple you will be using will be based on projections and estimates, which are not always accurate.

The Net Assets model values a company based on the value of its tangible assets, and is therefore more suitable for traditional companies such as retail shops selling physical goods. As the value of most startups today is derived mostly from their intangible assets, as is especially the case with tech-based startups, this model is the least useful and is likely to result in the lowest valuation. 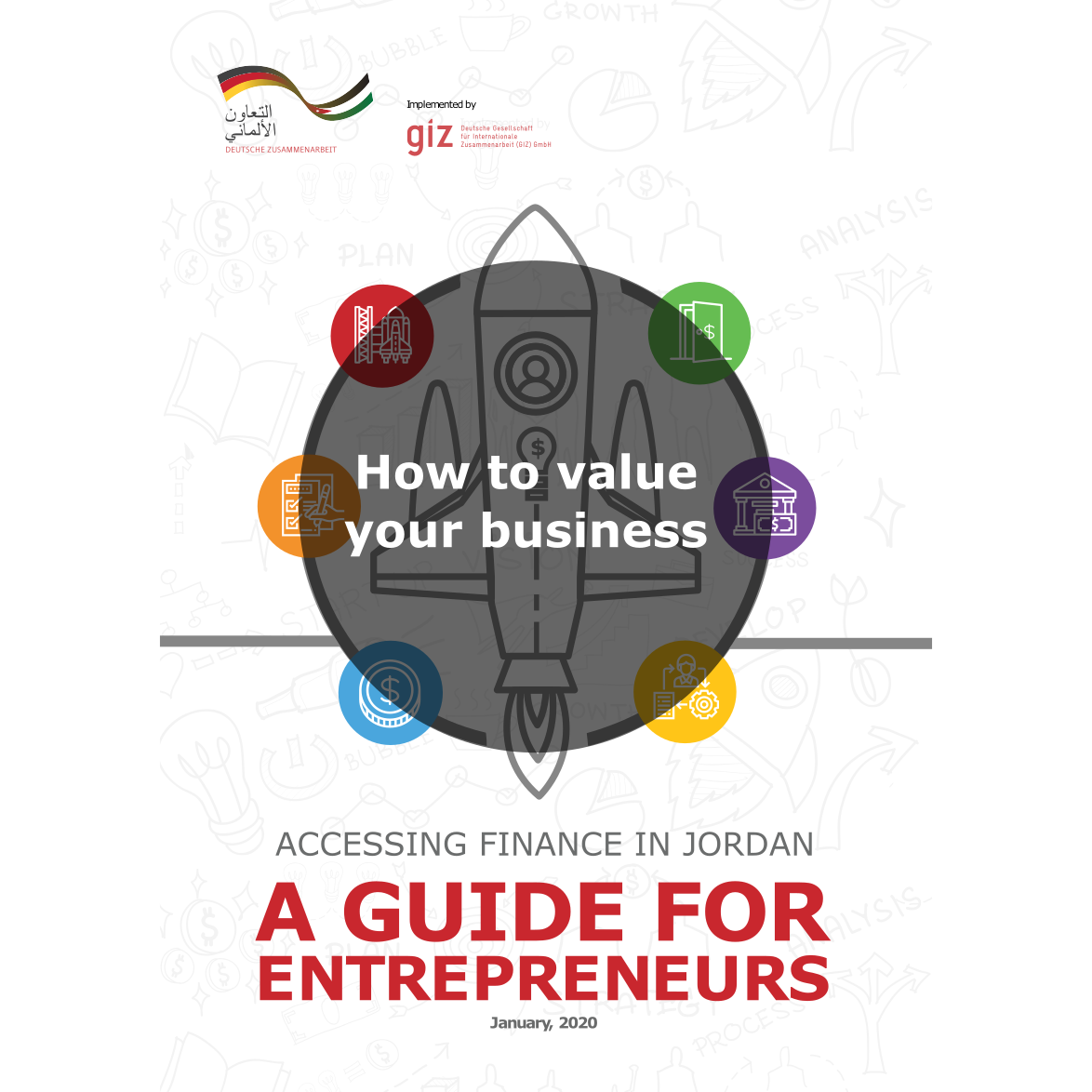