The Board of Directors of the Jordan Entrepreneurship Fund (ISSF) decided to appoint Eng. Muhammad Abdul-Moez Al-Muhtaseb as CEO of the company, to succeed Eng. Laith Al-Qasim.

Ibrahim Al Mobaideen - Al-Mohtaseb began his work as CEO of the fund in the second week of May, bringing in more than 21 years of experience, which he possesses in the field of entrepreneurship, investments, and corporate management.

Al-Mohtaseb holds a Master’s degree in Business Administration and a Bachelor’s degree with honors in Medical Electronics Engineering from the University of Kent in the United Kingdom.

In statements to Al-Ghad, after his appointment to his new position, Al-Mohtaseb stressed the importance of entrepreneurship, supporting start-up companies, and helping them to launch, grow, expand and turn into productive projects because of the impact of these companies on the economy and future employment.

He pointed out the importance of ISSF as a national project that aims to support start-ups and popularize the idea and culture of entrepreneurship in the Kingdom through a set of programs in the direct and indirect investment tracks and the development path of the Jordanian entrepreneurship environment.

The ISSF is a national project established in 2017 as a private joint-stock company, with the aim of contributing to a qualitative change in the environment of entrepreneurship and innovation in Jordan and upgrading it, by facilitating the establishment of new investment funds that serve the local entrepreneurial environment, and making direct investments in innovative local startups, export-oriented and scalable, as well as implementing initiatives that improve the capabilities of Jordanian entrepreneurs and startup teams, through training, capacity building, incubation programs, and targeted business acceleration.

The total capital of the fund - which is the largest investment fund of its kind in Jordan - is $98 million, with the Central Bank of Jordan contributing $48 million, while the World Bank's contribution is $50 million.

ISSF raises funding for early-stage Jordanian start-ups, and small and medium-sized companies, especially those that have an ambitious vision and high growth potential.

The fund aims to create a suitable and stimulating environment for creative Jordanian entrepreneurs to transform their innovative projects into viable start-ups, provide job opportunities for Jordanians, as well as create economic sectors that serve export markets by harnessing the creative and technical talents of Jordanian entrepreneurs and management teams. 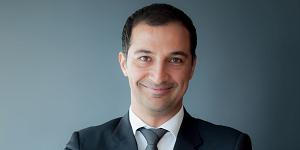 Jordan-based cloud kitchen Kitchefy, has raised a $350,000 pre-Seed round, led by the Oasis 500 fund, the Beyond Capital Fund, MyStartUp Incubator “Injaz” and a group of individual investors.

END_OF_DOCUMENT_TOKEN_TO_BE_REPLACED

Repzo raises a $1.4M Bridge Round

SaaS Sales Force Automation platform Repzo has raised a $1.4M bridge round in their latest fundraise to develop new products.

END_OF_DOCUMENT_TOKEN_TO_BE_REPLACED

AMMAN — Fifty entrepreneurial startups have joined the 4th cohort of MyStartup, an INJAZ incubator, to benefit from the services it provides startups and community institutions that seek to expand their work, according to the Jordan News Agency, Petra.